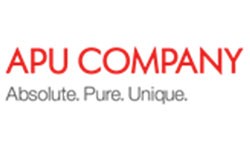 In 1924, the 5th Leadership Meeting of the National Party Central Division and the 7th meeting of the National Government resulted in mandating state authority over domestic production of all alcoholic beverages under the “State collection rights of alcohol” rule. As a direct result of this legislature, APU Company was founded with 19 employees under the name “Arkhi Factory” (Arkhi, means, vodka, in Mongolian). The name changed in lieu of an increasingly diverse range of its products and the scope of production, from “Arkhi Factory” to “Arkhi and Beer Factory”, “Arkhi and Beer Factory Complex”.

As a result of legal environment improvements in Mongolia, APU Company acquired an open publicly traded company status under the National Registrar’s Office.

APU Company has over 4000 shareholders and has issued 74,287,700 common stocks. It is one of the top 20 companies traded at the Mongolian Stock Exchange (MSE) and APU was named the Best Publicly Traded Company of 2014 by MSE.

The company continually strives towards improving the quality of its beverage products alongside successfully developing a new line of dairy products. Between 2012 and 2014, APU has increased its production capacity of beer and dairy products by building two new factory facilities. The company has also successfully installed and implemented a fully automated warehouse system, first of its kind in Mongolia, which has been forecasted to reduce logistics costs.