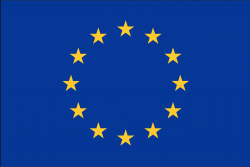 The EU Delegation to Mongolia

The Delegation is responsible for the conduct of official relations between Mongolia and the European Union. In all matters pertaining to the EU, the Delegation works closely with the diplomatic missions of the EU Member States.

The Delegation is the point of contact between the EU and the Mongolian authorities as well as other Mongolian interlocutors. The EU Delegation does not deal with matters such as trade promotion or consular matters. These are handled traditionally by EU Member States’ embassies, consulates or national tourism offices.