Under the theme of “Concerted action for common development in the new era”, Boao Forum for Asia (BFA) Ulaanbaatar Conference 2019 was held during 19th to 21st of August, 2019 organized by BFA and the Ministry of Foreign Affairs. The BCM co-organized the forum. With over 260 member companies and solid partnership with the diplomatic community in Mongolia, the BCM is privileged to take the role of co-organizer of the forum to promote the business community and investment climate of Mongolia to its Asian neighbors. As BCM strives to provide an advantageous business platform, member companies of the BCM were invited exclusively for the forum and participated in large numbers. 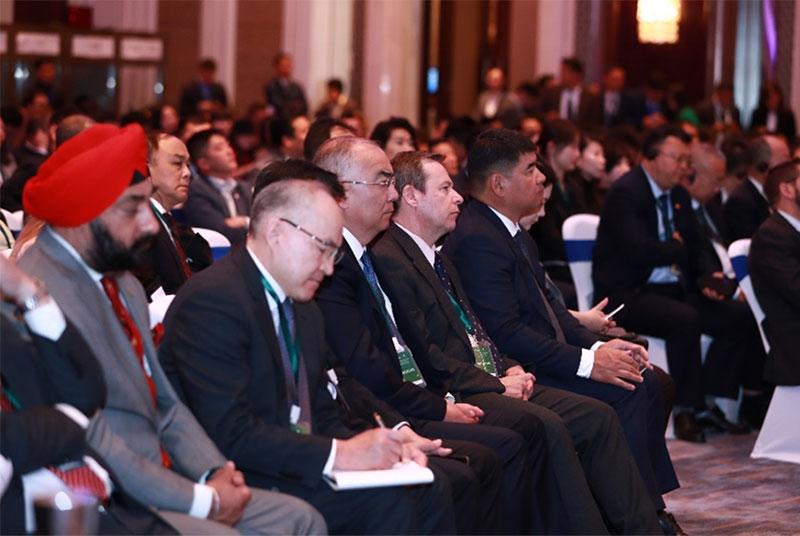 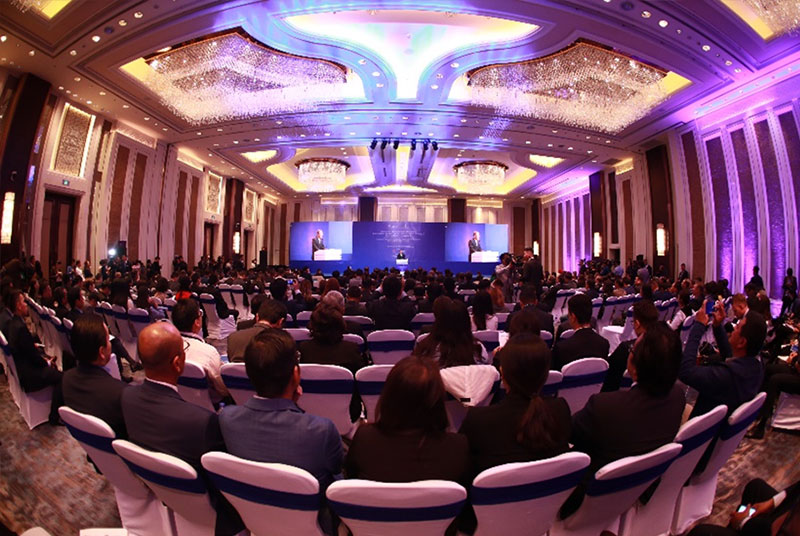 H.E. BAN Ki-moon gave an insightful speech with great significance on the pressing issues of the new era. He touched on global warming, air pollution and urged the countries to cooperate on the common solution such as usage of clean energy. Multilateralism and free trade were also mentioned, “Mongolia is a developing country with great potential. Not only strengthening the relations with the two neighbors, but also Mongolia must enhance its policy towards multilateralism by expanding ties with other countries around the world” he said. 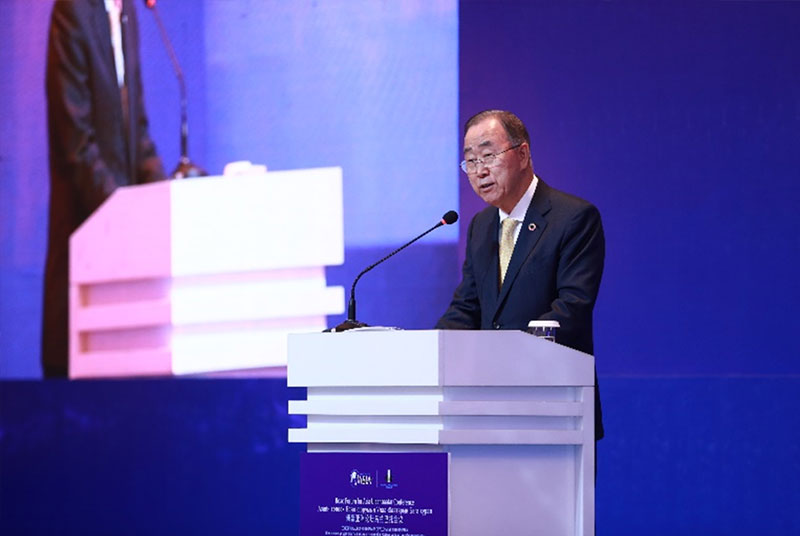 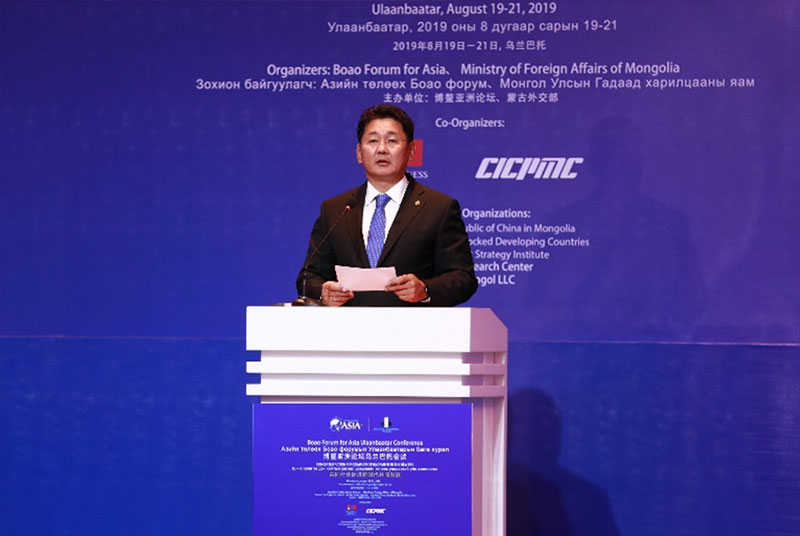 The Chairman of the BCM, B.Byambasaikhan delivered one of the opening remarks, cited the potential of Mongolia’s role in the interconnecting the countries of the region and said “The fact that Mongolia hosts this year’s forum manifests the growing recognition of Mongolia’s impact for the regional integrity and prosperity”. He emphasized connectivity is vital for bringing the countries in the region together and Mongolia’s vast resources in renewable energy with estimated 1.2 TW of solar and 200 GW of wind capacity will play a key role in this perspective. 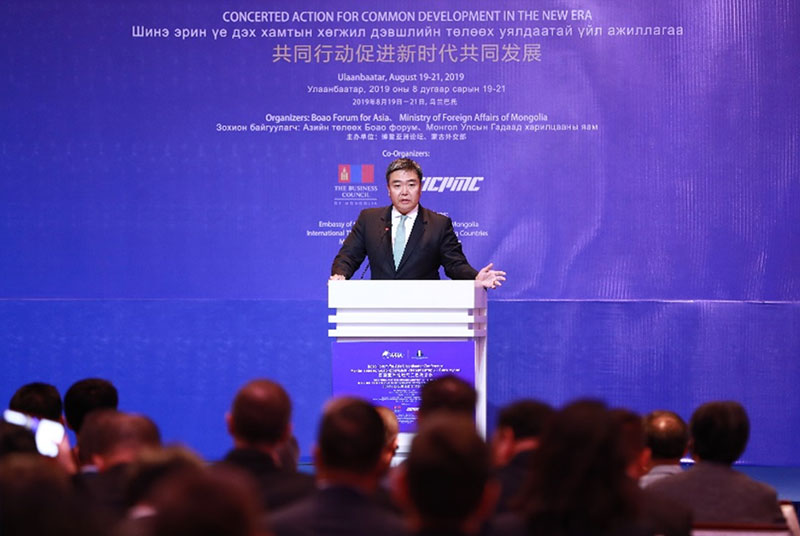 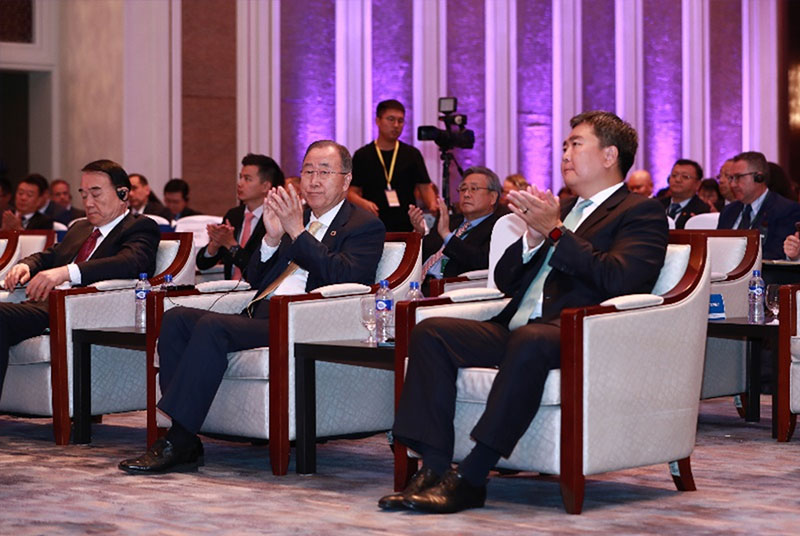 The forum continued with Plenary Session under the topic of “Business Opportunities: Investment climate in Mongolia”. D. Sumiyabazar, Minister of Mining and Heavy Industry of Mongolia, delivered the first presentation on the prospect and challenges of resources sector of Mongolia which accounts for the majority of export and revenue of the nation. He stressed on the following issues:

CEO of “Erdenes Mongol” LLC P. Gankhuu stressed the SOE now reached at a value of USD 5.7 billion with ownership of significant shares of the nation’s strategic mineral assets. “We are aiming to creating added value of the operation of our mineral assets their and associated infrastructure development” he said. He highlights the following projects which are being implemented or planned by “Erdenes Mongol” LLC and encouraged the business delegates of the forum to form a partnership on the projects, citing “Erdenes Mongol” LLC will welcome the interested parties for cooperation: 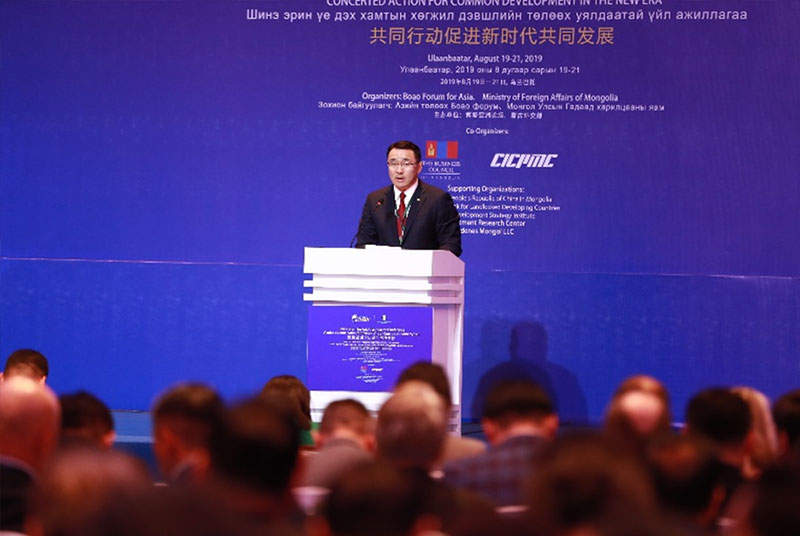 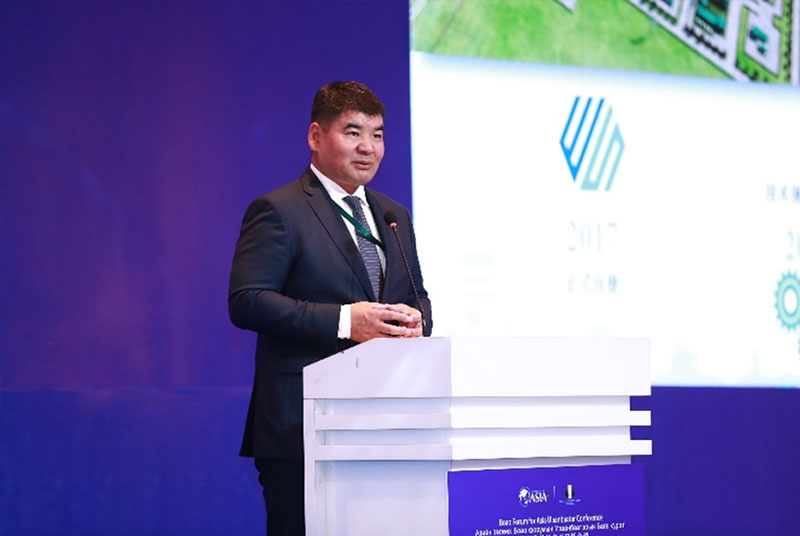 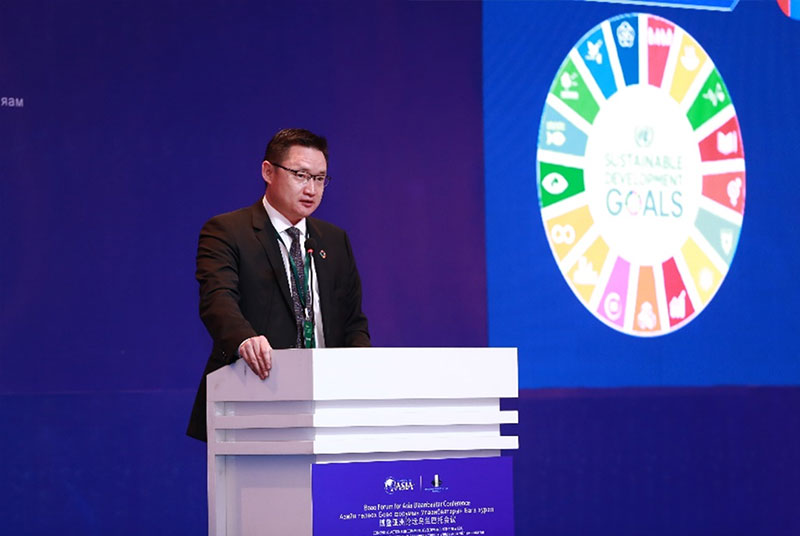 The forum continued with keynote sessions, first session on New Direction: Aligning “Belt and Road” with “Development Road” and Randolph Koppa, Vice Chairman of the BCM attended the session as one of the speakers. He spoke about the rich possibilities of Mongolia to be a part of BRI with aligned interests and its positive impacts to the economy of Mongolia. 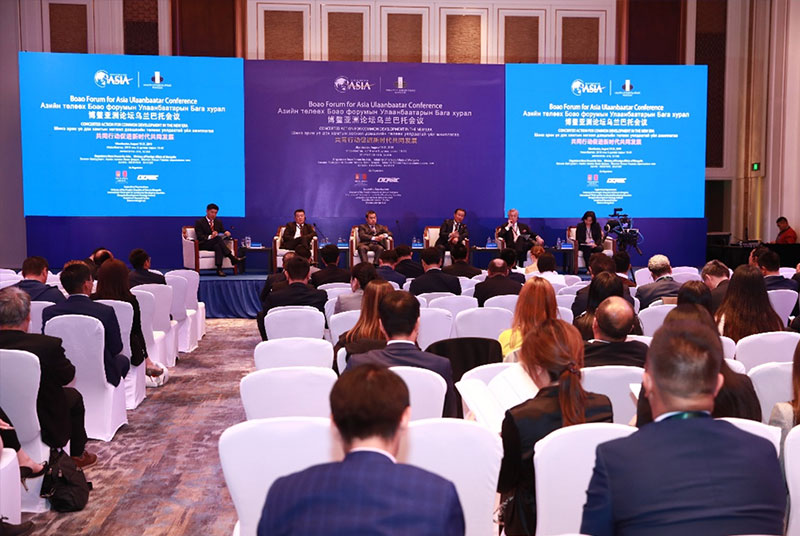 Keynote session two focused on Connectivity: Expanding Horizons into Regional Cooperation and chaired by Ts. Tumentsogt, Member of the Member of the Board and Vice Chair of Energy, Infrastructure and Connectivity Working Group of the BCM. The session discussed the prospect of interconnecting Northeast Asia’s power grid with Mongolia being major exporter of solar and wind energy. Ayumi Konishi, Special Senior Advisor to the President of the ADB delivered key note speech saying “ADB has been supporting Mongolia’s initiative to interconnect the region in terms of energy and infrastructure. As “Development Road” and “NAPSI” projects move forward, it will significantly enhance Mongolia’s potential to become a bridge between Europe and Asia as well as interconnected Northeast Asia”. 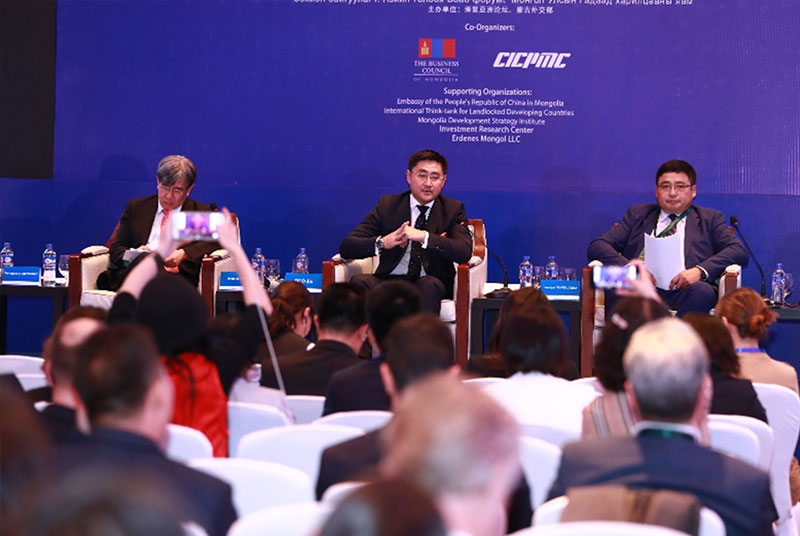 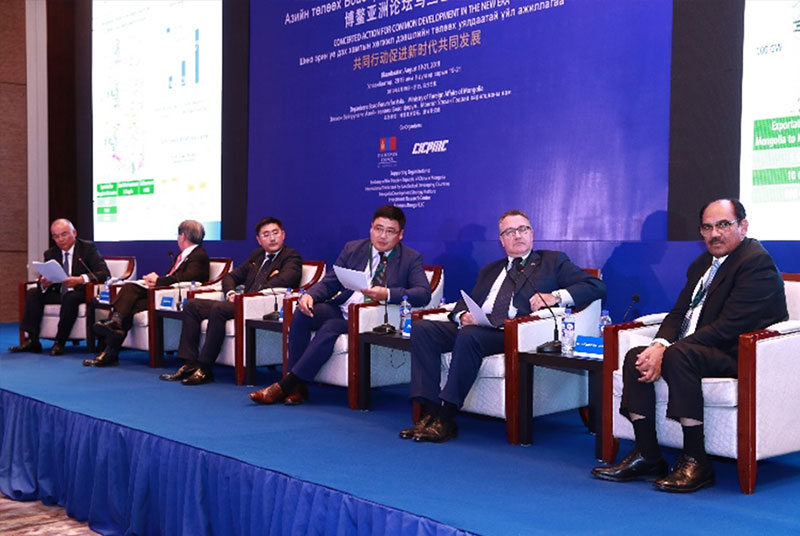 Keynote session three was about Common Goal: Green Development, chaired by E. Orchlon, Member of the Board and Vice Chair of Economic Freedom and Competitiveness Working Group of the BCM. M. Bold from XACBank gave keynote speech on air pollution as a global issue and urgency of green development. Other speakers expressed their support on Mongolia’s initiatives in an effort to develop clean energy sector and discussed the frameworks for mutual cooperation. 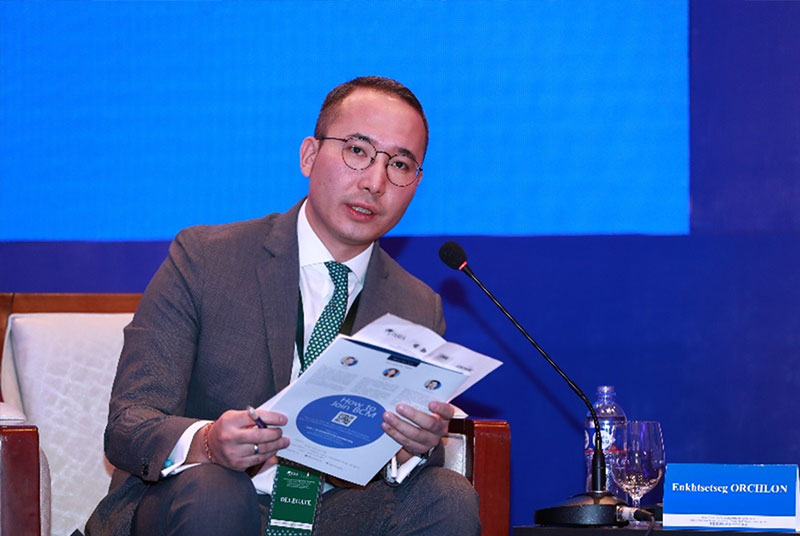 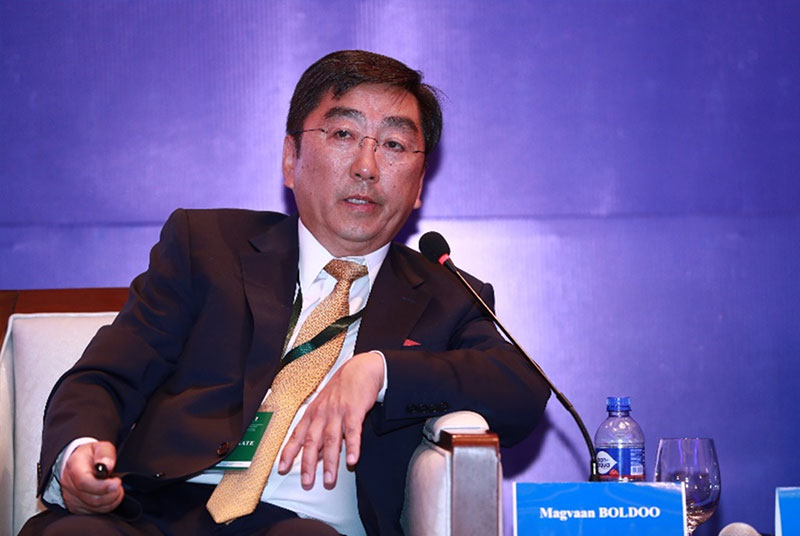 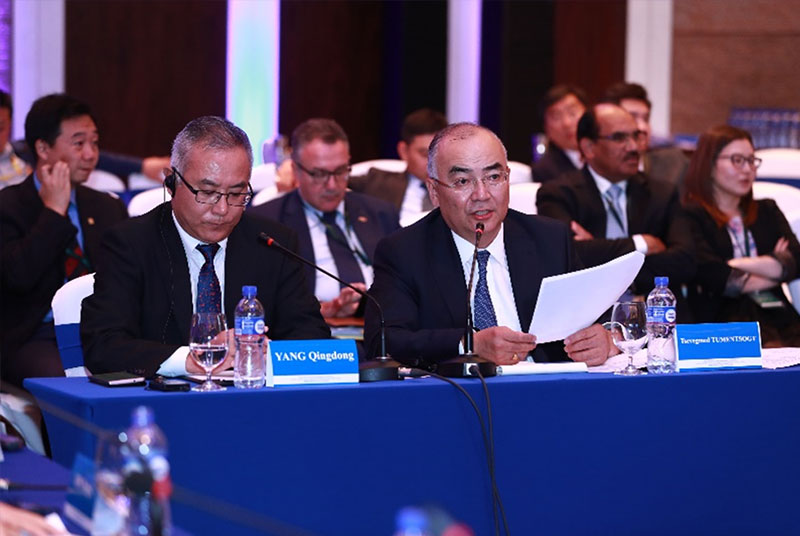 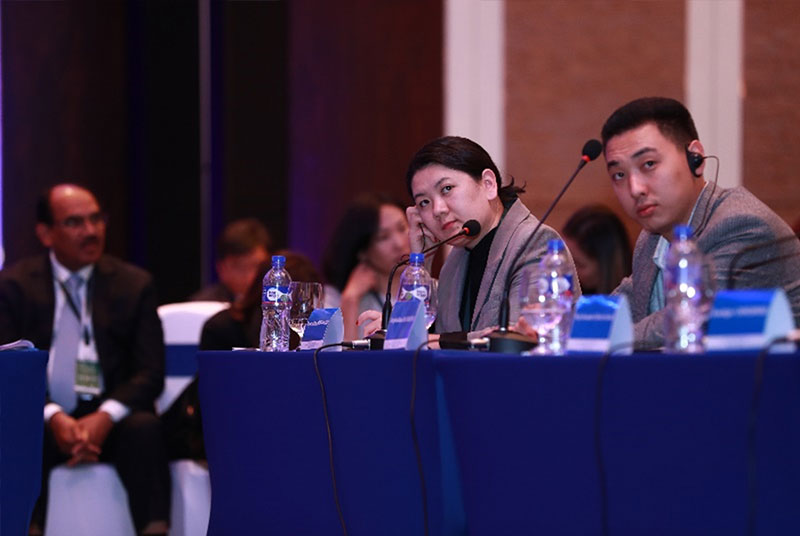 About Boao Forum of Asia

Since its inception in 2001, Boao Forum has evolved into a frontier stage of discussion for common development and economic prosperity of Asia. The founding purpose of BFA was to promote economic integration in Asia. Its mission now is to pool positive energy for the development of Asia and the world. With a status of one of the founding members of the forum, Mongolia has maintained its active participation and the fact that Ulaanbaatar was named to host this year’s forum recognizes the increasing role of Mongolia as a facilitator of the connectivity in the region and Asia.