The Business Council of Mongolia 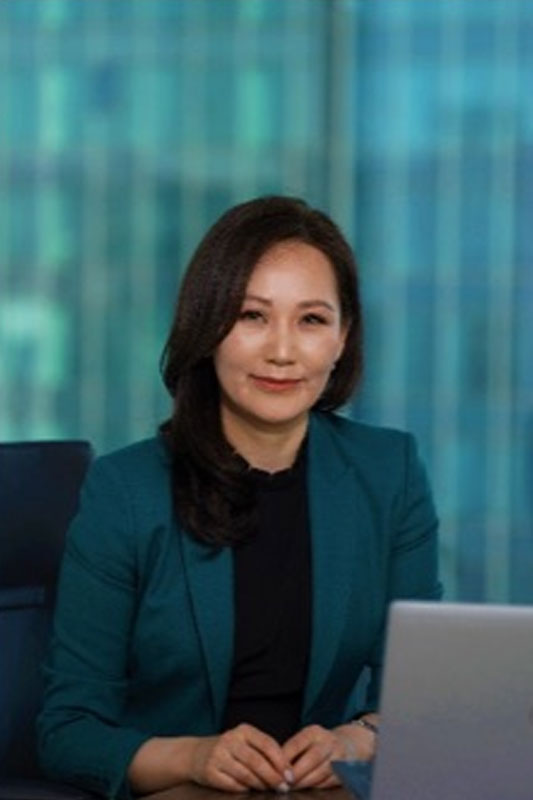 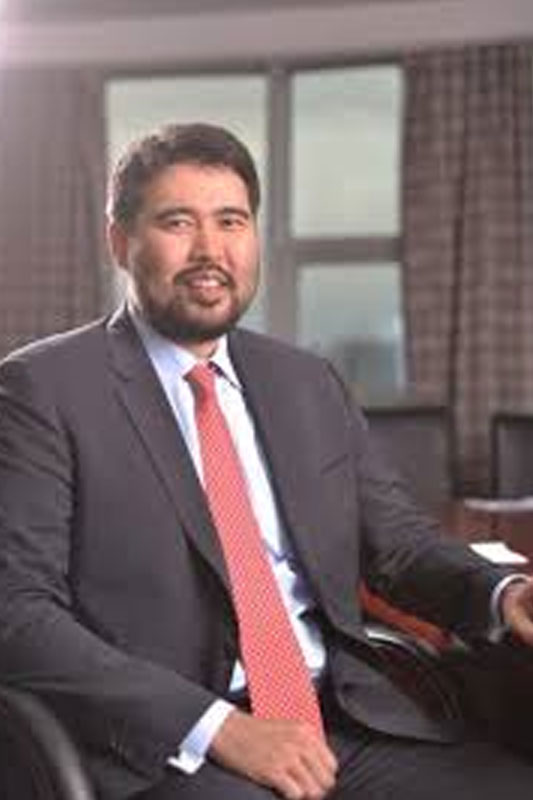 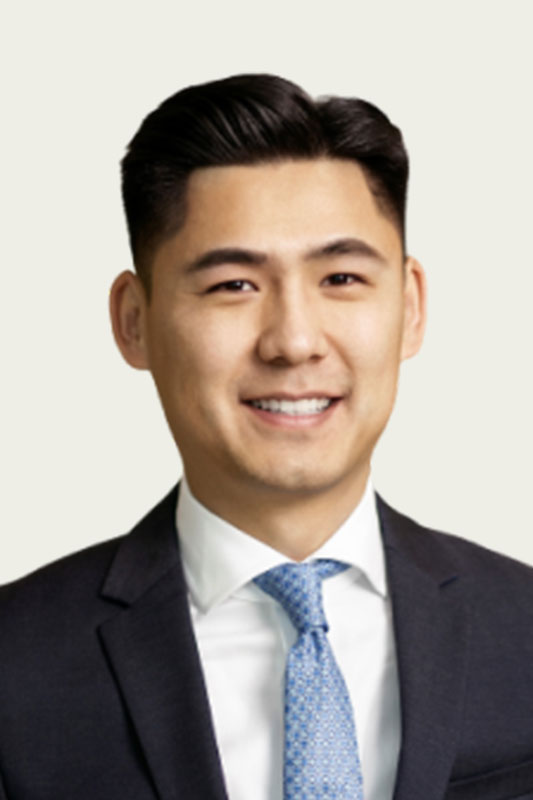 Ms.Amarjargal has an international law degree. She holds a Master's degree in Law from the University of Dundee, UK, specializing in natural resource policy and management.

Ms.Amarjargal joined Rio Tinto's Asia Exploration Team in 2008 as a Legal Advisor, General Strategy and Business Development Advisor to Oyu Tolgoi in 2010, Chief Executive Officer of Rio Tinto's Copper and Diamond Group in 2015-2019, and Rio in 2019-2021. She was Tinto's Deputy Chief Operating Officer for Mongolia. Prior to joining Rio Tinto, she worked as a lawyer and partner in the Tsets law firm from 2002 to 2006. She was a member of the Mongolian Bar Association.

Mr.Batbaatar was appointed as Treasurer of Executive Committee of the Business Council of Mongolia on 16 January 2019. He currently serves as Chief Executive Officer of Sharyn Gol JSC. He was appointed to current position in 2013.

Previously, he worked as analyst and senior analyst in Cambridge Associates, privately held investment firm based in the United States from 2001-2005. He was an economist in working group of Millennium Challenge Account Mongolia (MCA-M) and developed economic model and conducted feasibility study of projects. Beginning from 2008 he served as General Director of CBM LLC and was appointed as Country Representative of Firebird Management in Mongolia.

Mr.Battushig is an active member of the BCM’s mining committee where he assists the committee in providing research assistance such as by comparing minerals related laws and regulations from various jurisdictions. He is a board member at the Mongolian Young Leaders Network and Nest Education IT School.

Mr.Battushig obtained his Juris Doctorate degree from the Chicago-Kent College of Law in the US, and is a member of the Illinois state bar. He is also registered as a foreign admitted attorney with the Ministry of Justice and Home Affairs.

Mr.Bold is a practitioner with 33 years of practical expertise in banking, financial, economic, social policy and institutional transformation. Top level executive of financial institutions, including central bank, commercial bank, leasing and insurance companies in Mongolia, a microfinance company in China and 5 years of working experience in global development organizations including the World Bank and the International Monetary Fund. 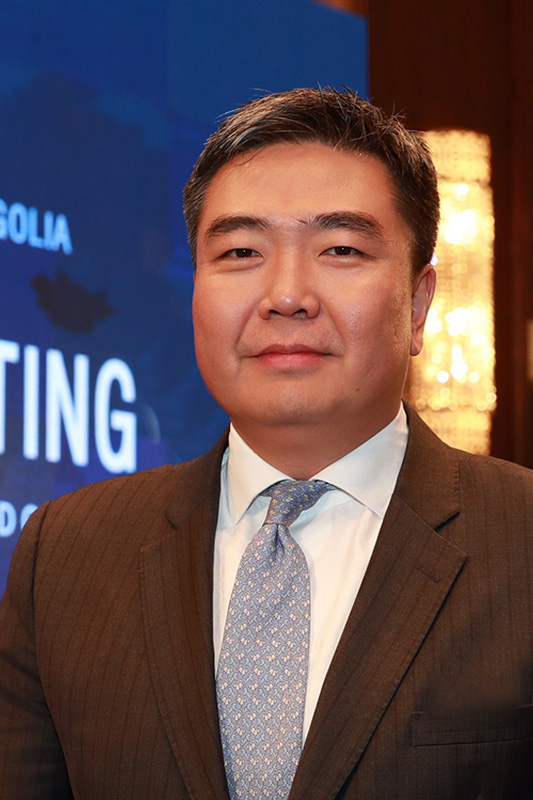 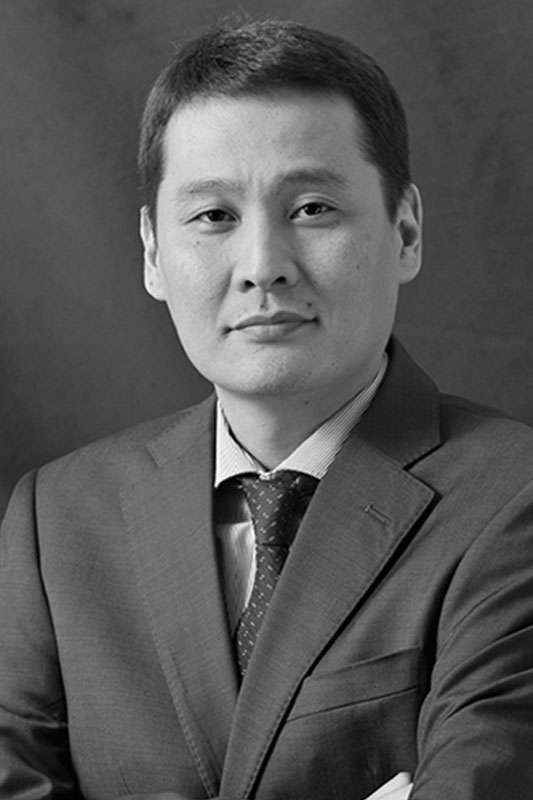 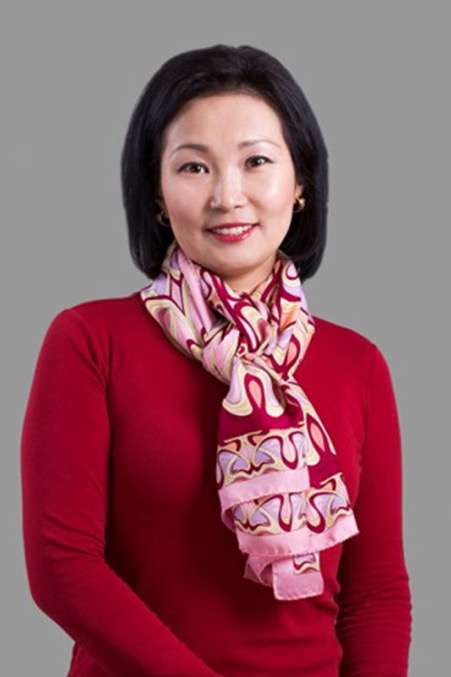 Mr.Byambasaikhan is the partner at NovaTerra LLC, a UB based investment and project management firm, he co-founded in 2013. NovaTerra develops clean energy and energy efficient real estate projects, and advises domestic and international clients in financing complex deals.

Mr.Byambasaikhan is a business executive specialized in energy, infrastructure, mining investments. In 2015-2016, he was the chief executive of Erdenes Mongol, Mongolia's sovereign wealth management company where he chaired multiple mining company boards and was the director of Oyu Tolgoi LLC. In 2015, he was the Government’s chief negotiator who resolved the five-year dispute between the Government of Mongolia and Rio Tinto, which led to signing a US$4.4bln project finance deal with 20 leading banks to finance Oyu Tolgoi’s underground mine construction estimated to cost US$6bln.

From 2010-2013, Mr.Byambasaikhan served as the chief executive and managing director of Newcom, a Mongolian technology investor where he managed and built Clean Energy ($120mln), the first wind farm/IPP in Mongolia.

From 2004-2010, he was an energy banker with the Asian Development Bank, where he financed power and energy efficiency transactions in Central Asia, including the region’s largest CCGT power plant ($1.3bln) in Uzbekistan.

Mr.Byambasaikhan has keen interest in regional economic and infrastructure connectivity and is a believer in clean energy development. In 2014, he was recognized as a Young Global Leader by the World Economic Forum. Mr.Byambasaikhan is the graduate of the National University of Mongolia and the George Washington University.

Mr.Enkh-Amgalan is the Director at Mergen Investments LLC. Prior to that he was the CEO of Petrovis Oil LLC for 4 years, fuel import and distribution holding company. He held executive positions in mining and energy sectors as Advisor to the Mining Minister of Mongolia, President and CEO of SouthGobi Resources listed at Toronto and HKEX, and Vice President of Mongolian Mining Corporation listed at HKEX and had an outstanding career with MCS Group. He led the successful completion of the first Mongolian commercial-scale windfarm “Salkhit” as the CEO of Clean Energy LLC.

Mr.Enkh-Amgalan is involved in the business community with Board responsibilities at the BCM and member of the CEO Club. He was the Founding President of Ambassadors for Development, US State Alumni Association.

Mr.Enkh-Amgalan is the Director at Mergen Investments LLC. Prior to that he was the CEO of Petrovis Oil LLC for 4 years, fuel import and distribution holding company. He held executive positions in mining and energy sectors as Advisor to the Mining Minister of Mongolia, President and CEO of SouthGobi Resources listed at Toronto and HKEX, and Vice President of Mongolian Mining Corporation listed at HKEX and had an outstanding career with MCS Group. He led the successful completion of the first Mongolian commercial-scale windfarm “Salkhit” as the CEO of Clean Energy LLC.

Mr.Enkh-Amgalan is involved in the business community with Board responsibilities at the BCM and member of the CEO Club. He was the Founding President of Ambassadors for Development, US State Alumni Association.

Mr.Jargalsaikhan was appointed as member of the Executive Committee of the Business Council of Mongolia and Chair of Economic Freedom and Competitiveness Working Group on 16 January 2019.

Before entering the private sector in 2005, Mr.Jargalsaikhan held senior leadership positions in the Mineral Resource Authority, the Ministry of Heavy Industry, and the Ministry of Trade and Industry.

He is a Honorary Professor of MUST, Chairman of Young Researchers Support Foundation, Member of Asia Business Council; and President of Society of Mineral Economics and Management of Mongolia. 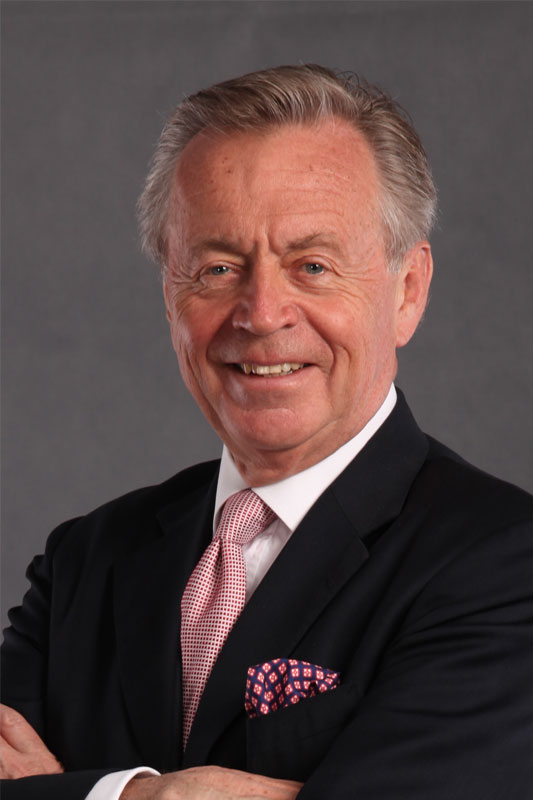 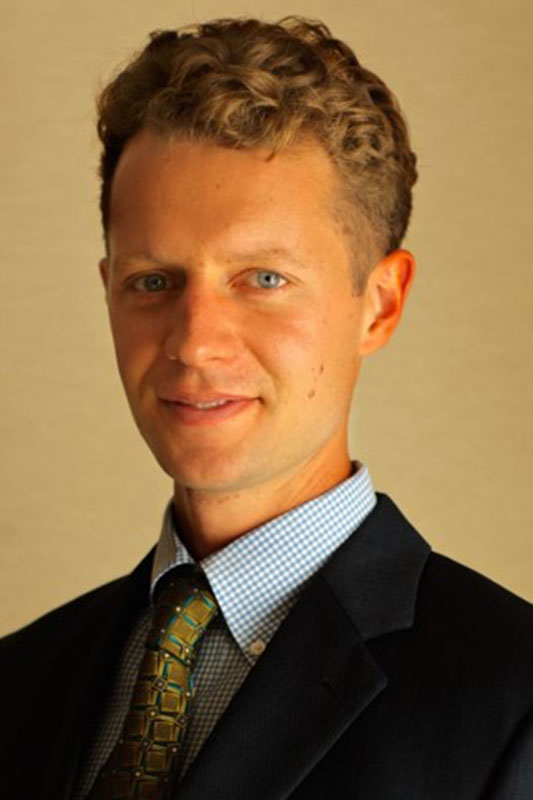 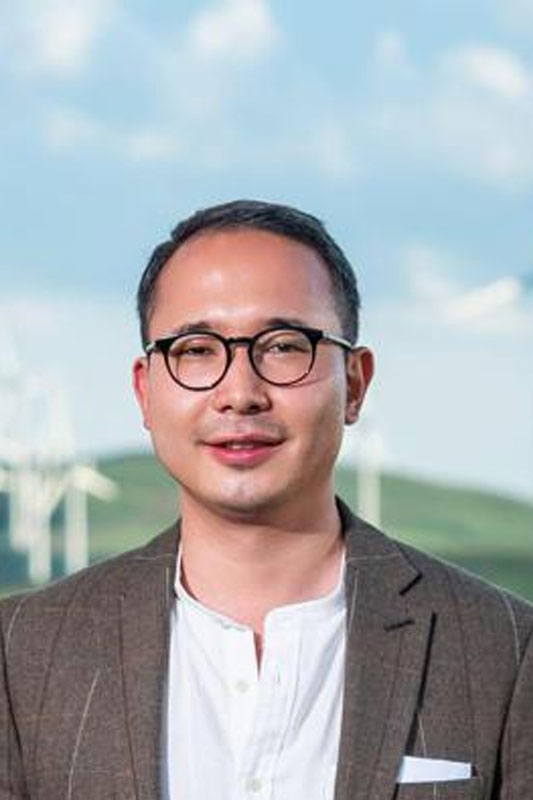 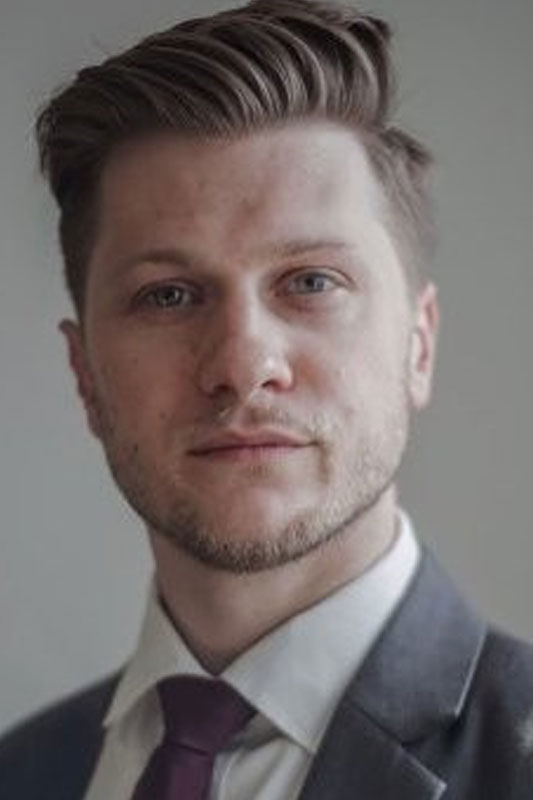 Mr.KOPPA  was appointed as Vice Chairman of the Business Council of Mongolia and Chair of Banking, Finance, and Capital Markets Working Group on 16 January 2019. Randolph Koppa serves as the Executive Vice Chairman of TDB.  Mongolia represents Randolph’s twelfth country in his 50-year international banking career. He came to Mongolia in 2004 as part of the management and technical assistance program provided to TDB by ING Bank.

He served as Chairman of the Mongolian Mortgage Corporation (MIK). Randolph received the Polar Star Award from President Ts.Elbegdorj in recognition of his contribution to the development the banking and finance sector in Mongolia.

Mongolia represents Mr.Koppa’s 12th country in his 43 year international banking career. He is a graduate in International Relations from the University of Wisconsin. Trade and Development Bank is Mongolia’s oldest bank and the leader in corporate lending, trade finance, payments and foreign exchange business in the country. In addition, TDB serves Mongolians with top quality personal banking services including cards, electronic and SMS banking.

TDB holds the rare distinction of being voted “Best Bank in Mongolia” two times in a row by “The Banker” and was awarded “Best Bank of the Year”, “Grand Prix in Banking and Financial sector of Mongolia”, “Best Business Entity for its Social Responsibility”, “Best Tax Payer” and many more by different international and local organizations.

Mr.LYONS was appointed as member of the Board Directors of the Business Council of Mongolia in 2019 and became a co-chair of the BCM’s Resources and Environment Working Group in 2020.

He is currently the Vice President of Regulatory Affairs and Strategy at Erdene Resource Development Corp. Jon was previously the Country Representative for Global Green Growth Institute in Mongolia.

Mr.ORCHLON is an Executive Board Director and Chief Investment Officer at Newcom Group, one of Mongolia’s largest investment holding companies with interests across telco, real estate, energy, and infrastructure, responsible for providing oversight and guidance on the group’s overall strategic direction and investments.

Mr.Orchlon is a graduate of New York University with a degree in Economics. Prior to joining Newcom, Mr. Orchlon was a Principal Advisor at Rio Tinto Copper and Coal Group overseeing the investment portfolio and cash generation for the Oyu Tolgoi Copper and Gold mine.

Mr.Orchlon is also an active advocate in improving Mongolia’s business climate and is an elected member of the Board of Directors of the Business Council of Mongolia. Mr.Orchlon was also recognized as one of the 30 leaders in Industry, Manufacturing and Energy in Forbes Asia’s 2019 30 Under 30 Asia list for his contributions in developing the renewable energy industry in Mongolia.

Mr.SAWYER has more than 15 years of experience managing private and public sector projects in emerging markets and has successfully led diverse international teams on the ground in the U.S., China, and Central and South America. Richard has lived in Mongolia for the past seven years where he has developed several multi-million dollar projects, both in and out of the mining sector. 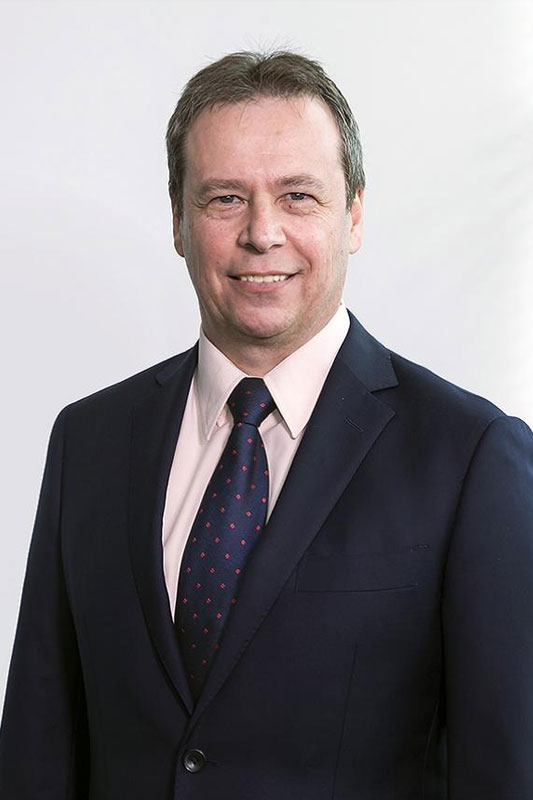 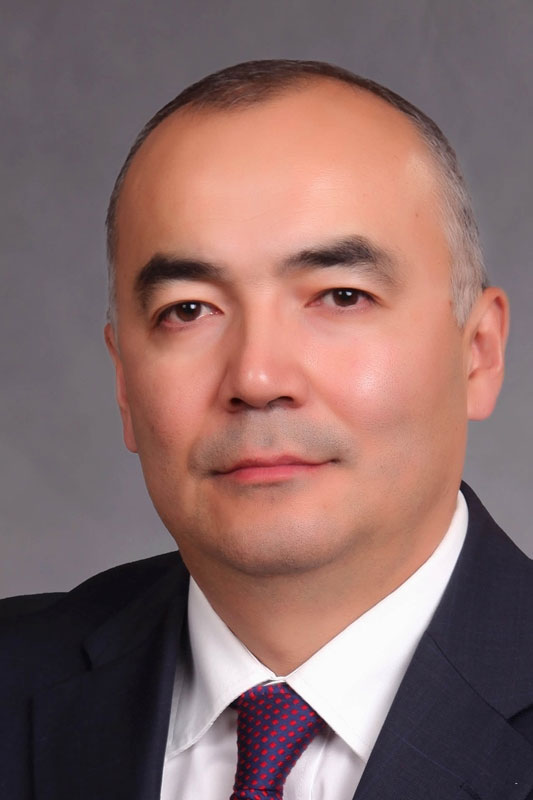 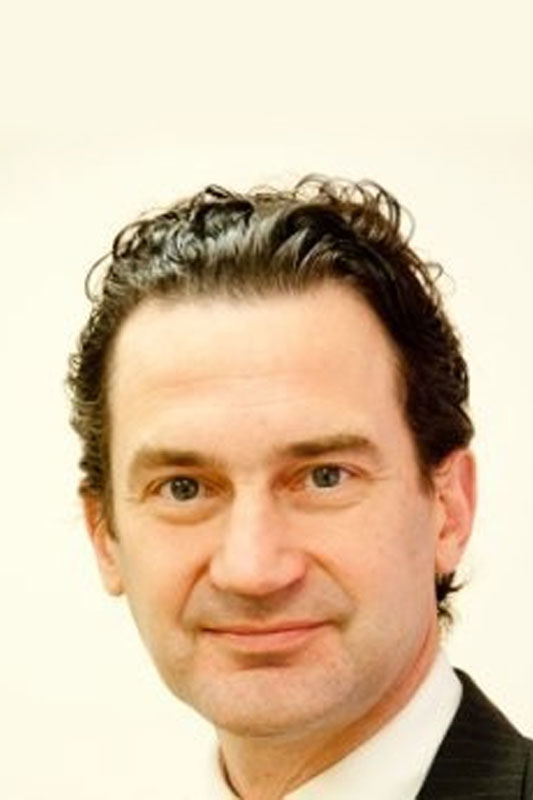 Mr.TORRES was appointed as member of the Executive Committee of the Business Council of Mongolia and Chair of Resources and Environment Working Group on 16 January 2019.

Mr.Torres was appointed as the Chief Executive Officer of Oyu Tolgoi in May 2017. Since 2016, Mr.Armando has been a member of the Oyu Tolgoi Board and served as a Rio Tinto Managing Director – Oyu Tolgoi between September 2016 and May 2017. Armando started his career in 1990 as a process engineer and was subsequently promoted to management positions at Alcoa in Latin America, Europe, and Western Australia. In 2011, he moved to Rio Tinto, as Chief Operations Officer - Bauxite Alumina, responsible for the Global operations, Australia and Canada. In March 2016, he was appointed as head of operations and Transformation Leader of the Alumina Segment in Rio Tinto Aluminium. He completed his Master Degree in Process Development and Optimization in 2000.

Mr.TUMENTSOGT was appointed as a Chairman of the BCM in August 2020.

Mr.Tumentsogt currently serves as CEO of Erdenes Oyu Tolgoi LLC and Board Member of Oyu Tolgoi LLC. He was Adviser to Minister of Mining and Heavy Industry. was Executive Director of Erdenes Mongol since Oct 2016 to 2018. He was Executive Director of General Electric between 2011-2016. His responsibilities include representing, promoting and protecting GE’s interests, carrying out business liaison, conducting market research and study, exploring and developing business opportunities in Mongolia. Some recent projects include supplying wind turbines for Mongolia’s first grid connected Salkhit wind park, supplying SuperSkids locomotives for Ulaanbaatar railways and supplying of healthcare equipment.

Mr.Tumentsogt worked at the World Bank from 2007 to 2011 and managed projects in energy, renewables, urban, water supply, and air pollution and contributed to several analytical studies. Mr.Tumentsogt held various positions at the Government of Mongolia, including Advisor to Minister of Fuel and Energy of Mongolia, Ministry of Infrastructure of Mongolia and State Property Committee and his responsibilities included energy policy & planning, restructuring, private sector participation, management of state owned assets, NEA regional energy cooperation. Mr.Tumentsogt served as a Commissioner at the Energy Regulatory Authority (ERA) of Mongolia and dealt with issues of power sector regulation, licensing of energy activities, tariff setting, consumer rights, developing power market rules. Mr.Tumentsogt was also appointed as a President of CEO Club in 2014. Mr.Tumentsogt holds Master’s in Electrical Engineering from Moscow Power Engineering Institute (Russia, 1993), and Master’s in Public Affairs from Indiana University (USA, 2001).

Mr.YOUNG is a joint Australian/British citizen who is currently the Managing Director of Australian Stock Exchange listed company Elixir Energy Ltd (EXR).  EXR is focused on exploring for natural gas (in the form of coal bed methane -CBM) in Mongolia’s South Gobi region.  Neil is a graduate from the University of Edinburgh, with a joint honours degree in Economics and Politics.  He has a career of over 25 years in the energy sector, focusing on commercial and business development matters.  He first visited Mongolia over a decade ago to pursue the goal of exploring for CBM in the country and is now very familiar with the opportunities and challenges that the growing country presents.