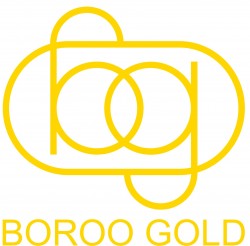 For development of safe and responsible mining in Mongolia

Boroo Gold LLC was founded in 1997 and since the company was founded, it has been a leader in occupational health, safety and environmental rehabilitation in the mining industry. The company has trained its workforce to international standards, implemented competitive payroll policies and successfully implemented a number of projects and programs aimed at improving livelihood of its employees.

In 2003, at the time of commencing mining operations, the company launched an environmental rehabilitation program, and as of 2019, technical and biological rehabilitation is completed across a total of 435.7 ha area. Within the scope of the Reforestation Program implemented since 2007, about 58,200 trees and bushes of over 10 species have been planted and nurtured in 49.9 ha, and a berry plantation was established in 0.5 ha land.min

With the purpose of supporting local sustainable development, as a part of corporate social responsibility, Boroo Gold LLC has provided 22 billion tugrugs as donations, aid and investment, including 11 billion tugrugs, to local communities associated with the mine. The company has paid a total of 345 billion tugrugs to the state and local budgets in taxes and fees. At its peak of the Boroo mining operations in 2007-2015, the company was selected as the “Best Tax Payer” of Mongolia.